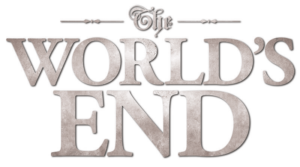 How could Simon Pegg and Nick Frost not miss the opportunity to drop in on fellow cast member Martin Freeman and celebrate the release of their latest movie. Due to travel to Australia to start their premiere circuit and with Martin busy filming the Hobbit in Wellington it provided the perfect excuse for the first stop of the global tour.

Chameleon having worked with Paramount before was asked to assist with the cast arrivals, transport and press junket but no one was prepared for the celebrity turnout. Not only were three of the lead cast present, the films director but also the entire cast and film makers of the Hobbit movie joined the party. Possibly the largest vip gathering in new Zealand.

Jamie’s organisation of The World’s End premiere and subsequent media day was flawlessly handled. Not only did he and his extremely professional team anticipate and cater to all the needs of the touring talent and Paramount Pictures staff while managing the event, but they were also quick to offer solutions to any unforeseen hiccups we encountered in our time in Wellington – which was expressly important given the event’s very tight timeframe. I have complete faith in Jamie’s ability to coordinate an event of any size, and look forward to working with him in the future.
Jo Maclaren
PARAMOUNT PICTURES

The Lord Of The Rings Film Trilogy